BKPM Reg 6/2018 has been issued to support the implementation of the Online Single Submission (OSS) system introduced by GR 24/2018. In substance, BKPM Reg 6/2018 emphasizes the application of the new OSS system for all investment licenses, except for licenses in geothermal, mining, oil & gas and property sectors and licenses for the establishment of certain foreign company representative offices, which still require applicants to use the existing BKPM online system, namely the SPIPISE system.

Although the OSS system is now temporarily administered by the Coordinating Ministry of Economic Affairs, according to the recent news, BKPM is soon expected to take over and control its administration by the end of this year, probably between November and December 2018.

One significant change from this new regime of the OSS system under BKPM Reg 6/2018 and GR 24/2018 is that prior BKPM approval is no longer required for a change in the capitalization or shareholding of a PMA company. The relevant parties can directly sign the transaction documents and proceed with the required administrative process at the Ministry of Law and Human Rights through its online system, which will be directly linked to the OSS system. It remains to be seen, however, whether the same procedure will still be applicable in the future once the system administration is taken over by BKPM, for by then BKPM may exercise its discretion to make necessary adjustments as they may deem fit to ensure the smooth day-to-day implementation of the OSS system.

Another change under the new regulation is that license applications for the establishment of representative offices of foreign companies engaged in the trading and construction sectors must now be made through the OSS system, while license applications for general representative offices and those engaged in the oil & gas business must still be made through the SPIPISE system at BKPM.

For further information on the above, please contact W&P Team: 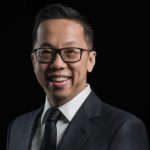 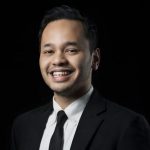